Adhering to a healthful diet propensity and way of life, assume a crucial part ofhealthy and agreeable life. Undesirable dietary proclivities are among the significant hazard factors for obesity and related unending ailments, especially if received during early adulthood. Numerous natural elements, way of life, working discipline and financial circumstance influence the nourishing status. This investigation aimed to feature nutritiousconditions  and dietary propensities of security officers laboring in shifts and decide the obesity status. Volunteer security officers working from December 2017 to March 2018 in shifts in the city of Istanbul in Turkey were chosen for a cross-sectional investigation. A standard questionnaire was used to collect data through face to face negotiations with security officers regarding socio-statistic characteristics, work status, and dietary patterns in turn of work. Analysis of data was performed using SPSS 25 adaptations. The average age of participants was 34.75±7.12 years. Of the 963 participants, 24 were female and 939 were male. The number of participants who were heavyweight, obese, and morbid obese were 549, 143 and 4 respectively. Nutritional supplements used by participants were vitamin B12, fish oil, vitamin C, Ca, Zinc, vitamin D, iron, probolis, bamboxs, bee pollen. Vitamin C and vitamin D were the most commonly used vitamins with the ratio of 22% and 25.9%, respectively. The obesity rate was higher in those who did not take vitamin and mineral supplements as compared to that in those who took.Participants working in the monthly shift change system were more likely to be overweight, obese and morbid obese than participants who worked in the weekly shift system. The rate of being obese was found to be higher among the participants who had average one time and four times night shifts. Participants preferred mostly fruit-vegetable-type snacks with the rate of 29.7%. Breakfast was the most skipped meal among workers in day and night shifts. Participants consumed eggs every day and in addition, they preferred full-fat cheese mostly with the ratio of 33.4%. The most consumed vegetable by participants during the day was tomato with the rate of 6.3%.Participants mostly preferred to consume white bread and its derivatives with the ratio of 33.7%. Participants drank mostly tea in a day with the maximum rate of 77.6% among regular beverages and among consumption of fat, olive oil was consumed at the highest rate of 46.5% per day. Our study findings indicates that, security officers working in shifts have irregular eating habits.

Download data is not yet available.
Abstract 86 | PDF Downloads 36 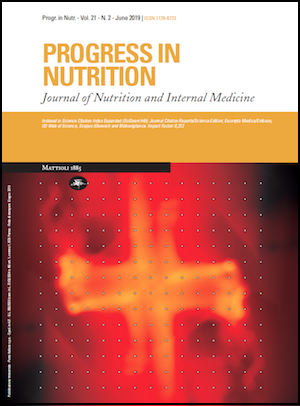 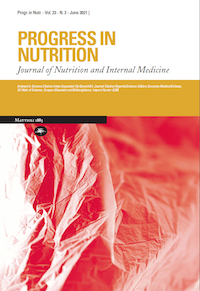